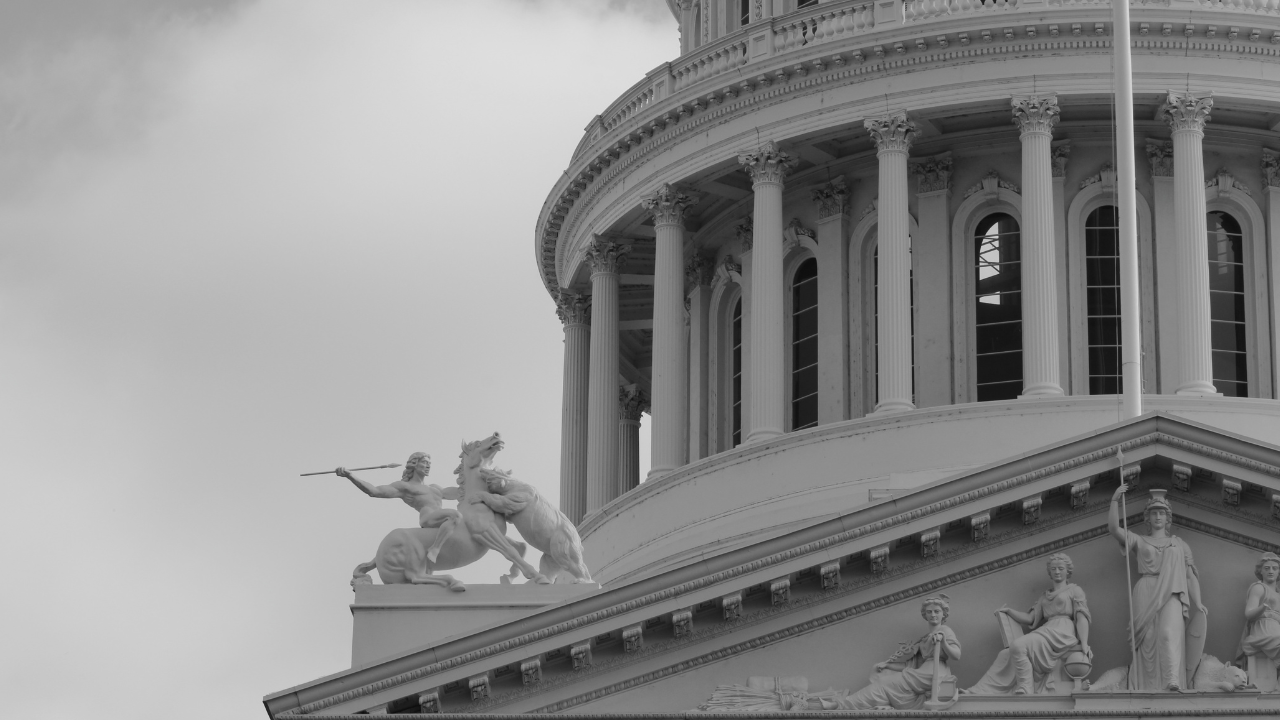 For this is the will of God, that by doing good you may put to silence the ignorance of foolish men (1 Peter 2:15).

Peter makes the case that our submitting to government “for the Lord’s sake” by doing good allows us to impact the political narrative (1 Peter 2:13). The most effective and godly way you can influence the rulers of our nation is by doing them good.

We live in a world which increasingly resorts to protest, complaint, and polarization. It seems many brethren have joined in these complaints, buying into the world’s reactionary flood. We believe that complaining about the election, disparaging governmental officials for decisions made, and openly trumpeting vile euphemisms such as “let’s go Brandon” will somehow improve the country to which we belong. None of this is “doing good,” and instead of putting to silence ignorant men, it stokes the fires of political and civil unrest. “Does the spring send forth fresh water and bitter from the same opening?” (James 3:11).

God calls us to be different. We are called to be holy as He is (1 Peter 1:16), knowing that the precious blood of our Savior redeemed us from our “aimless conduct” (1 Peter 1:18-19). Our lives have a purpose (1 Peter 2:9-10), hope (1 Peter 1:3), and freedom (1 Peter 2:16). And with that purpose, hope, and freedom, God calls us to respond to earthly governments differently than the way the world responds. In 1 Peter 2, God calls us to respond in two ways: we are to submit to every ordinance (verse 13) and honor the king (verse 17). To submit is to lower ourselves to the will of another. Every year when we file our taxes, we show submission to the ordinances of the government. To honor carries with it the idea of “value.” Peter tells us to affix a value to the “king.” God allowed our lives to be more stable and better lived because we have the rule of law and the rulers to enforce those laws. We praise Him for this by honoring the king.

What if the official rules are against my principles? Do I need to honor the king even then? Peter addresses this question three times in 1 Peter 2:13-17. In verse 13, we are to submit for the Lord’s sake. We lower our will to the will of the governor, for the Lord’s sake. It isn’t because we admire the governor or especially like their politics. We submit because we love God! In verse 15, Peter remarks that it is God’s will. God has a purpose for our submission. He desires the world to come to know Him through the way we conduct ourselves. Others who might foolishly speak against the government are put to silence through our good. For instance, what might happen if we took this period of inflationary pressure to pay for gasoline in the car next to us at the station, remarking to them how we want them to know the blessings of God? Do we not suppose the Lord will be much more glorified than when we join in the mass complaining? In verse 16, Peter completes his point by reminding us that we are bondservants of God. Even if we would rather rail against the leaders, Peter reminds us of our place. We belong to God, and God has commanded we honor the king. He leaves no room for us to dishonor the king.

It cannot be denied that sentiments and laws coming from our earthly government do not coincide with biblical morality. This is nothing new. Daniel faced a law in Daniel 6:7 that was supposed to prevent him from praying to God. Daniel never protests the law, and although he disobeys (verse 10), his behavior is a quiet resolve to serve God. When the king was forced by law to cast Daniel into punishment (verse 16), Daniel’s behavior up to this point made the king regret his law. And when Darius had the opportunity to return Daniel from the lion’s den, he hurried as soon as he could (verse 19). Notice Daniel’s first words to Darius, the one who just threw him into the pit, “O king, live forever!” (verse 21). God certainly saved Daniel (verse 22), but it was Daniel’s behavior toward him that helped Darius see God. Darius writes marvelous words about God starting in verses 26-27. By serving God, Daniel’s good was able to put to silence the ignorance of foolish men. By doing good to his king, Daniel was able to help Darius, and likely countless others, see the goodness of the one true God.

Have we considered whether our political outrage may be negatively impacting our ability to help others know the Lord? When we get angry and speak ill of our government, who do we believe, seeing our behavior, thinks, “if only I had a God like his, then I too would see the world the way he does?” Are we perpetuating the darkness around us, or are we the light?

You are the light of the world. A city that is set on a hill cannot be hidden. Nor do that light a lamp and put it under a basket, but on a lampstand, and it gives light to all who are in the house. Let your light so shine before men, that they may see your good works and glorify your Father in heaven (Matthew 5:13-16).