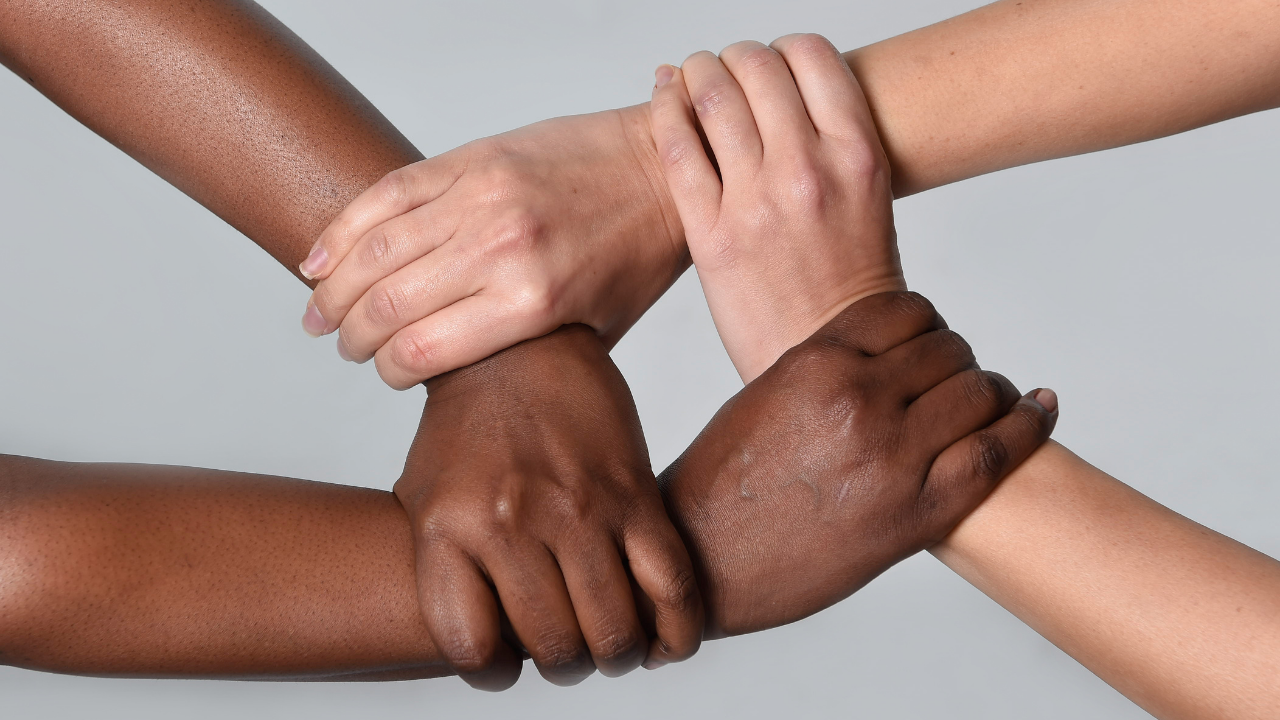 Race relations is a dominant topic in our national discourse. American society is flooded with theories, movements, and protests, all demanding extermination of institutionalized racism and injustice. These waves of activism press us with difficult questions: Does racism persist in America? Is institutionalized racism real? What causes differential outcomes between ethnic groups?

This article aims to answer the more important question: What does God say about race relations? Biblical concepts on race relations can be organized into seven general themes.

God created the diversity of all people.

To degrade any person for their ethnic heritage or God-given biology is to degrade the creation of God and degrade your brother in the human family.

And He has made from one blood every nation of men to dwell on all the face of the earth, and has determined their preappointed times and the boundaries of their dwellings, so that they should seek the Lord, in the hope that they might grope for Him and find Him, though He is not far from each one of us (Acts 17:26-27).

There is only one human family. We are all the offspring of Adam and children of God.

Some segregation is providential.

Oppression and racism are evil, but the organization of people into different nations and even different social groups is a work of God. There are divine processes at work.

This point is evident in the tower of Babel. God intentionally broke apart the people to protect them from themselves.

And the LORD said, “Indeed the people are one, and they all have one language, and this is what they begin to do; now nothing that they propose to do will be withheld from them. “Come, let Us go down and there confuse their language, that they may not understand one another’s speech.” So the LORD scattered them abroad from there over the face of all the earth, and they ceased building the city (Genesis 11:6-8).

What’s the point? Pursuing perfect human unity is not a realistic goal. This does not give us authority to oppress or exclude, but it should temper our expectations.

This can be observed over and over in the Bible. No one should feel immune to racism. What did Nathanael say when Philip told him the Jesus of Nazareth was the Messiah? “Can anything good come out of Nazareth?” (John 1:46). How did the Jews in Jerusalem respond when they heard that Cornelius and other Gentiles had been converted by Peter? There was no celebrating.

Now the apostles and brethren who were in Judea heard that the Gentiles had also received the word of God. And when Peter came up to Jerusalem, those of the circumcision contended with him, saying, “You went into uncircumcised men and ate with them!” (Acts 11:1-3).

This must be the worst form of prejudice and discrimination. If these Jewish Christians were susceptible to racism, surely we are as well.

Racial discrimination is a sin.

Prejudice or preferential treatment based on race, ethnicity, or any other (amoral) social status is absolutely forbidden by the laws of God. It is blasphemous to the gospel of Christ when Christians perpetuate any form of bigotry.

Those who are sinning rebuke in the presence of all, that the rest also may fear. I charge you before God and the Lord Jesus Christ and the elect angels that you observe these things without prejudice, doing nothing with partiality (1 Timothy 5:21).

If you really fulfill the royal law according to the Scripture, “You shall love your neighbor as yourself,” you do well; but if you show partiality, you commit sin, and are convicted by the law as transgressors.

The Bible makes no distinction, and neither should we.

Do not lie to one another, since you have put off the old man with his deeds, and have put on the new man who is renewed in knowledge according to the image of Him who created him, where there is neither Greek nor Jew, circumcised nor uncircumcised, barbarian, Scythian, slave nor free, but Christ is all and in all (Colossians 3:9-11).

Justice is a responsibility of Christians, assuming we define it correctly.

“Social justice” is a phrase that captures many Christian ideas and some explicitly anti-Christian meanings. For example, Black Lives Matter promotes a lot more than racial equality. They also advocate for increased abortion access and disruption of the nuclear family structure. These same movements demand that we accept LGBT lifestyles as normal and healthy. This is not social justice. This is evil. This version of social justice has no place in the church or the Christian life. To avoid this confusion, it might be better to avoid the phrase “social justice.”

The Word of God offers the only real, sustainable solutions.

Correcting injustice starts with acknowledging that humanity is broken and Jesus is the cure. Human solutions for human problems will always fail. Any proposal for racial equality and justice that subtracts God from the equation is destined for failure. Only God is just.

For I proclaim the name of the LORD: Ascribe greatness to our God. He is the Rock, His work is perfect; For all His ways are justice, A God of truth and without injustice; Righteous and upright is He. They have corrupted themselves; they are not His children, because of their blemish: a perverse and crooked generation (Deuteronomy 32:3-5).